Get Knotted: An Early History of Fly Tying

Arguably the most graceful form of angling there is, fly fishing is perhaps much older than most people realise. To the popular mind, fixing various materials to a hook with thread or resin could not be more than a few centuries old, but in reality, fly tying is much older; in fact, it is ancient.

The methods and materials have changed over time, but there is nothing new about catching fish using artificial flies. Of course, no matter how expertly a fly has been tied, there always is a bit of luck involved in a big catch, much like winning a massive slots NZ jackpot online.

The earliest mention of fly fishing comes to us from an ancient Roman named Claudius Aelianus, who visited Macedonia toward the end of the second century AD. There, on the banks of the Astraeus River, he saw anglers wind red wool around a hook, and then attach 2 feathers to the wool.

The hook was at the end of a 6ft-line on a 6ft-rod. Aelianus observed that the colour of the wool and feathers attracted fish, which ended up with a hook in the jaw, rather than a tasty morsel in the mouth.

In 1496, Dame Juliana Berners included a Treatyse On Fysshynge With an Angle in her Boke of Saint Albans. She described how to make rods, lines, and hooks, and listed different types of seasonal fly dressings.

1653 saw the publication of Izaak Walton’s Compleat Angler. His friend Charles Cotton contributed a section that deals with the tying of 65 different flies, and the techniques used in fly fishing.  In 1662, Parliamentary army officer Robert Venables wrote and published the Experienced Angler, in which he described tying flies for fishing in rivers and ponds. 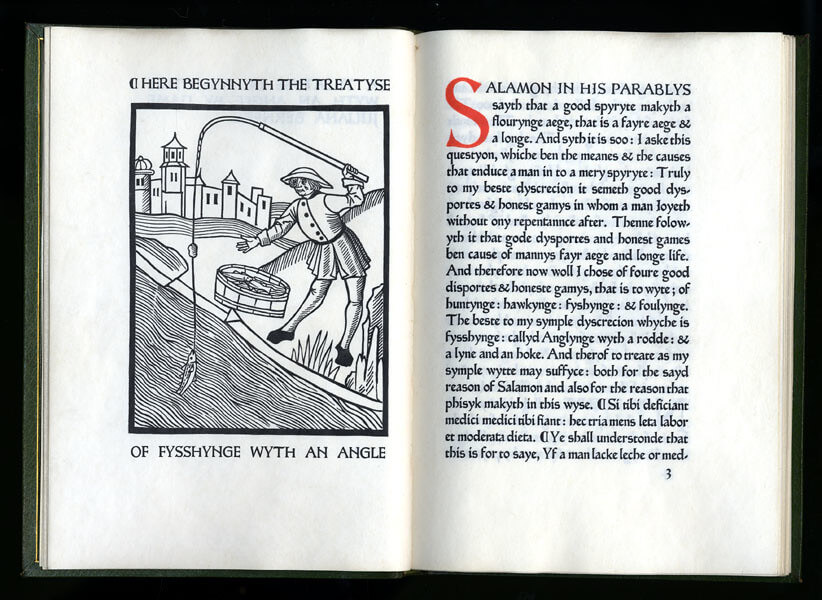 One of the most significant developments in the history of fly tying was the publication of Alfred Ronalds’ 1836 tome, the Fly-Fisher’s Entomology. The book contained a wealth of practical information, much of which Ronalds gleaned when he learned the craft on the Blythe, Dove, and Trent rivers.

The author went as far as building a hut on a riverbank, from which he observed the behaviour of trout, and tested various theories. In his book, which he illustrated with 20 colour plates, he described various techniques, as well as a range of flies that could be tied to resemble various insects on which trout feed, such as caddisflies, mayflies, and stoneflies. However, he did not stop there. Ronalds also started standardizing the names of tied flies.

His pioneering work no doubt inspired John Colquhoun, who wrote and published the Moor and Loch in 1840. Colquhoun’s work included fly dressing menus in which he described the body, hackle, and wings of various flies in use during the 19th century.

Flying tying has continued to develop into the 21st century; something that would not have been possible, if it were not for the ingenuity of those early Macedonian anglers, and those who followed in their footsteps.