The Most Expensive Yachts In The World 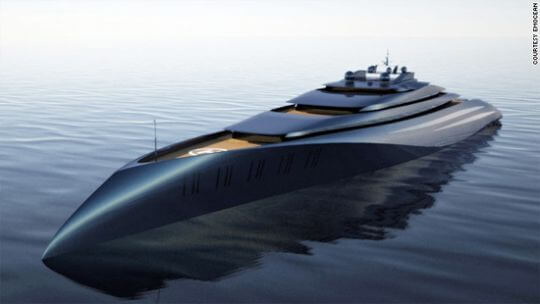 Yachts have always been closely associated with the rich and powerful. While some may use them as luxury holidays vessels and others as expensive tax breaks, the yachts involved are almost always large, unique, and built with some of the latest boating technologies in the world.

Owning a luxurious yacht is the dream of many throughout the globe, but actually earning the money to buy one is almost impossible. The following yachts are some of the most expensive on the market, reserved for only the world’s wealthiest people.

At first, the name for this yacht might seem like a clever play on the famous city-state of Monaco, but it goes much further than that. This vessel is based on the actual streets of the city, with much of it replicating the buildings that can be found dotted around Monaco.

It comes equipped with a three-story bedroom, a cafe, balconies, sundecks, waterfalls, barbecue areas, helicopter pads, and more. With an estimated cost of around $1 billion, it’s something of a floating work of art, and one that justifies the high asking price.

Azzam is a vessel that was built and is currently owned by the Dubai royal family. At $600 million in cost, it’s one of the most luxurious yachts in existence, with most of the funds coming from the great prosperity that the royal family has been blessed with in recent decades.

The inside of the yacht is based on French interiors, making it a truly one-of-a-kind nod to unparalleled luxury.

The Eclipse was commissioned and paid for by Russian billionaire Roman Abramovich, and is the second largest yacht on the planet. It consists of two dozen guest cabins, swimming pools, an entertainment hall, helipads, a submarine, bulletproof windows, and has a missile system built right in.

On top of that, the yacht has armour plating for protection against any attacks, making it something of a formidable vessel on the water. It cost a total of $1.5 billion to construct.

While the Eclipse was by no means a cheap vessel to build, even it pales in comparison to History Supreme. Owned b Robert Knok, it’s by far the most expensive yacht ever built, and cost an estimated $4.8 billion by the time it was ready to head out on the water. Considered a superyacht, it’s not nearly as long as the others on this list, but what it lacks in size, it makes up for in sheer extravagance.

This is because History Supreme is made up of 10 tons of solid gold and platinum, which can be found throughout the vessel, including the staircases, the rails, as well as the anchor. Offering a comfortable place to enjoy https://onlinecasino.com.pk/sic-bo/. Along with this, the master bedroom contains a rock wall made from meteorite, a statue of a T-Rex, as well as a wall Aquarium that offers a panoramic view.