The ones that got away usually get bigger with every retelling of the story, but what about the fish that weren’t so lucky? The biggest of them made it into the record books, where we can find – and marvel at – their mammoth sizes. Take a look at some of the biggest catches since record keeping began.

On 21 April 1959, Alfred Dean was shark fishing off the Ceduna coast in Australia. He used a porpoise as bait, and was rewarded for his efforts when he hooked a white shark.

It wasn’t just any white shark. At 2664lb, it received the International Game Fishing Association world record for being the biggest fish ever caught.

On 4 March 2004, Kevin James Clapson was fishing off the Ulladulla coast in Australia. He caught a massive 1785lb, 11oz tiger shark. While it is a little more than half the weight of Dean’s white shark, it holds the record for being the biggest all-tackle tiger shark caught.

18 October 1987 was the day on which Terje Nordvedt was fishing off Trondheimsfjord in Norway. Using a herring a bait, he hooked a Greenland shark that weighed in at 1708lb, 9oz. Not only was it one of the biggest fish ever caught, it was the largest ever encountered of its species.

On 4 August 1969, off Peru’s Cabo Blanco, Alfred Glassell Jr demonstrated his prowess when he used a mackerel as bait. He astounded onlookers when caught a 1560lb black marlin.

Do the big ones keep getting away? See if you have better luck when you play the best online pokies NZ, and you could reel in a massive jackpot instead. 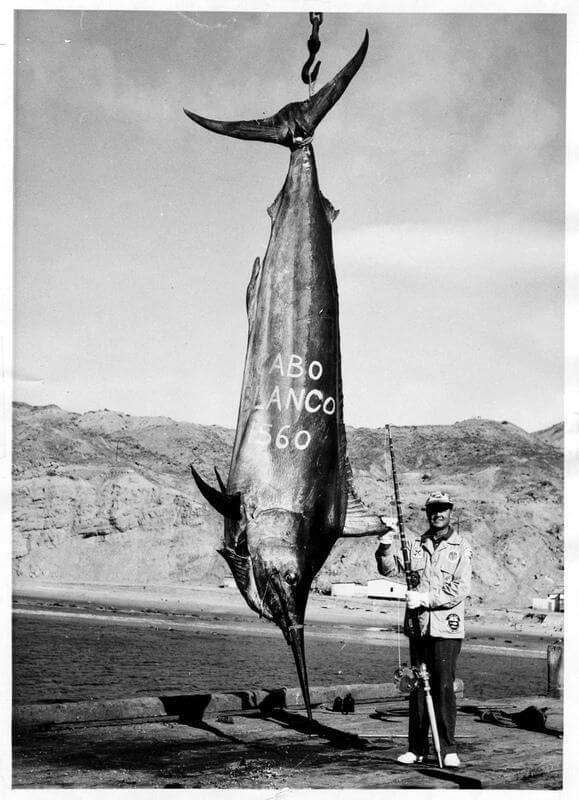 In 1953, Lou Marron was rod fishing off the Chilean coast, in an area he knew well. He expected an ordinary day’s fishing, but, luckily, things did not go according to plan.

After a 2-hour battle, Marron reeled in a 1182lb swordfish. However, it was not just the fish’s weight that surprised the experienced angler. Its length was something never seen before in it species. The average length of a mature specimen is 9ft. His measured 14.9ft long.

On 26 October 1979, Ken Fraser went fishing at Nova Scotia’s Aulds Cove, Canada, where he used a mackerel as bait. He undoubtedly expected good fishing. Just how good, he probably had no idea.

After a long battle with a bluefin tuna, he reeled it in, only to find that, at 1496lb, it was one of the biggest caught.

To many people, a leap year is special because women can break from tradition, and propose marriage to men. However, 29 February 1992 was a special day for Paulo Amorium for very different reasons.

He went fishing off Vitoria, Brazil, where he used a Moldcraft lure. An experienced angler, Amorium had seen a few big fish in his time, but nothing could have prepared him for what he pulled out of the water after an 80-minute fight. The Atlantic blue marlin he hooked weighed in at a whopping 1402lb, 2oz, making it the largest of its kind to have been caught.

Arguably the most graceful form of angling there is, fly fishing is perhaps much older than most people realise. To the popular mind, fixing various materials to a hook with thread or resin could not be more than a few centuries old, but in reality, fly tying is much older; in fact, it is ancient.

The methods and materials have changed over time, but there is nothing new about catching fish using artificial flies. Of course, no matter how expertly a fly has been tied, there always is a bit of luck involved in a big catch, much like winning a massive slots NZ jackpot online.

The earliest mention of fly fishing comes to us from an ancient Roman named Claudius Aelianus, who visited Macedonia toward the end of the second century AD. There, on the banks of the Astraeus River, he saw anglers wind red wool around a hook, and then attach 2 feathers to the wool.

The hook was at the end of a 6ft-line on a 6ft-rod. Aelianus observed that the colour of the wool and feathers attracted fish, which ended up with a hook in the jaw, rather than a tasty morsel in the mouth.

In 1496, Dame Juliana Berners included a Treatyse On Fysshynge With an Angle in her Boke of Saint Albans. She described how to make rods, lines, and hooks, and listed different types of seasonal fly dressings.

1653 saw the publication of Izaak Walton’s Compleat Angler. His friend Charles Cotton contributed a section that deals with the tying of 65 different flies, and the techniques used in fly fishing.  In 1662, Parliamentary army officer Robert Venables wrote and published the Experienced Angler, in which he described tying flies for fishing in rivers and ponds.

One of the most significant developments in the history of fly tying was the publication of Alfred Ronalds’ 1836 tome, the Fly-Fisher’s Entomology. The book contained a wealth of practical information, much of which Ronalds gleaned when he learned the craft on the Blythe, Dove, and Trent rivers.

The author went as far as building a hut on a riverbank, from which he observed the behaviour of trout, and tested various theories. In his book, which he illustrated with 20 colour plates, he described various techniques, as well as a range of flies that could be tied to resemble various insects on which trout feed, such as caddisflies, mayflies, and stoneflies. However, he did not stop there. Ronalds also started standardizing the names of tied flies.

His pioneering work no doubt inspired John Colquhoun, who wrote and published the Moor and Loch in 1840. Colquhoun’s work included fly dressing menus in which he described the body, hackle, and wings of various flies in use during the 19th century.

Flying tying has continued to develop into the 21st century; something that would not have been possible, if it were not for the ingenuity of those early Macedonian anglers, and those who followed in their footsteps.